I’m a biker. And I have been so for my entire life. I live for biking around in the spring, summer and fall. Not so much in the winter as I live in Sweden. Still, I do commuting by bike in the winter but not the pleasure kind of riding. I like riding by the sea with no particular goal in mind. So it’s with great pleasure I attend events like this one tonight. I also want you to watch the movie Premium Rush. There are lots of movies out there that celebrate cars and driving like The Fast and The Furious but few movies like this one that involves both bikes and action in a realistic way.

I have also been attending Johan Lange’s and his LUCKc breakfast in Varberg this morning. Johan is one of the greatest consultant out there who get how we humans work and helps leaders and companies with his insights into modern leadership.

I also talk about it in Swedish in my pod here: Bikes vs Cars and LUCKc breakfast. 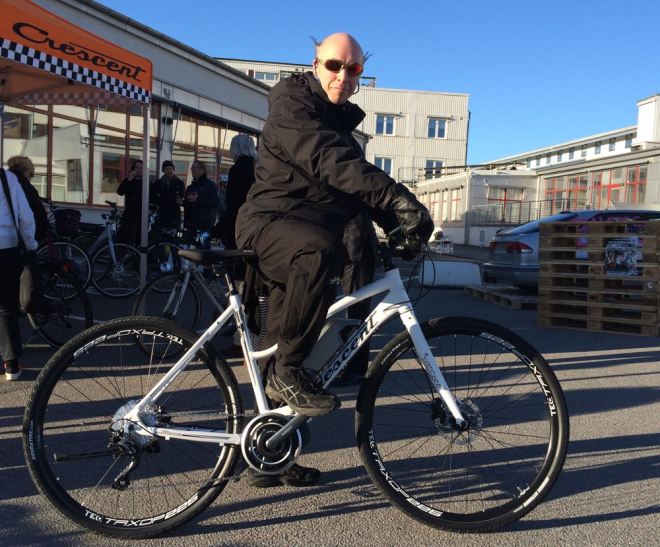 Trying out the a new Electric Bike

Tonight was a special night here in Varberg. First we was treated with great Bike Trail show by Martin Kleivard and the opportunity to try som new electric bikes from Cressent. These bikes were much better designed and better performance than previous bikes I have tried. Really nice handling and could take curves better. 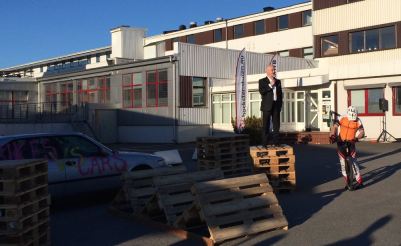 Tony Grimaldi gave a speech about wanting to make Varberg a better bike city. I agree. With the increased range and speed for ordinary commuting with this new types of electric bikes there is much greater opportunity to go for a biking city. Many larger cities in Europe like Copenhagen and Amsterdam has already done it. So the only thing lacking in smaller cities with much shorter distances are the political will to do it.

After a great mingle it was time for the main event for Doc Lounge Varberg, the movie Bikes vs. Cars. It was an interesting movie who started out portraying the history of biking and cars in Los Angeles and São Paulo. The we get comparison with Copenhagen where over 40% of the population commute by bike. And this is in a Nordic country with nordic winters as well.

The movie gives a great overview of the commuting problems we are faced with today and in the future as urbanisation of all our cities are increasing with an exponential rate. This is one of our largest challenges as we spend an enormous amount of energy, earth natural resources and time commuting all over the world. It’s a gigantic industry that is ripe for disruption. 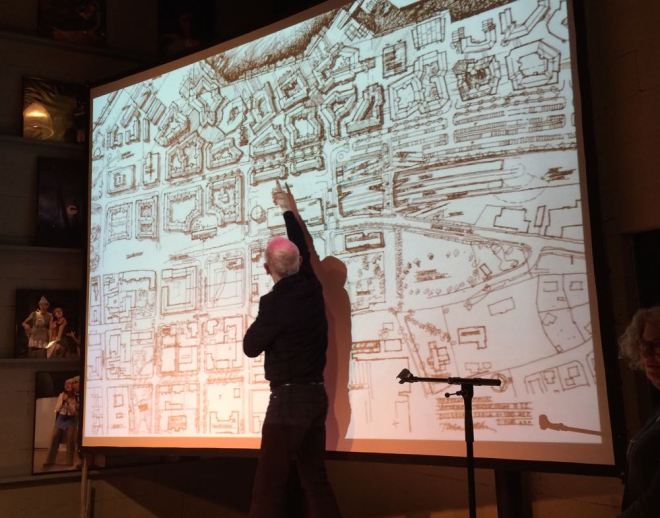 My Friend Håkan Cullberg was also there tonight giving a short insight into what Varberg’s new city might look like and what we want to do for all bike riders here.

Get Ready for the Disruption

The mornings meet-up with Johan Lange was also a great experience. We had a long conversation about the disruption that the shift to the Connection Economy will bring with is. Many people already get it but many people are still lagging behind in the thinking. 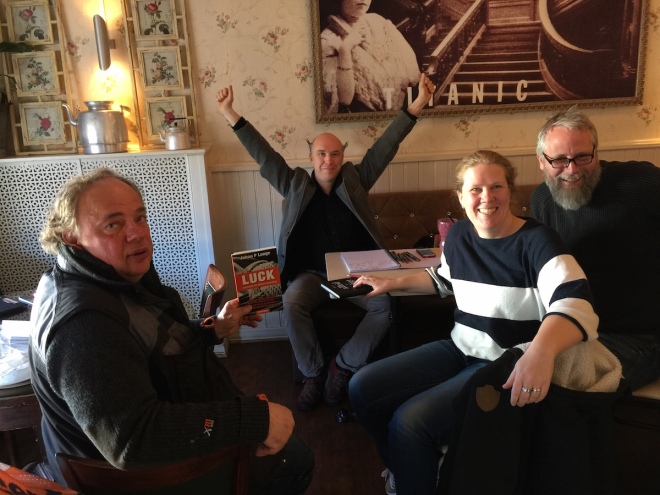 Together with Kjell and Issan we also talk about what format is the best to publish our books in. I’m going to go with a small handbook type format with my books and we thought that Johan should go with it as well for his sum of the LUCK-concept.

So can we combine the quest for human wellbeing and activities like biking a new way to think and see the world?

Life Begins At The Edge Of Your Comfort Zone

It’s time for me to be the Ruckus Maker I set out to be. Do you want help make a Ruckus  in your life or company? Pleas contact me, if you do 🙂

Take care of yourself, your loved ones and the only planet we live on – Lord Sillion 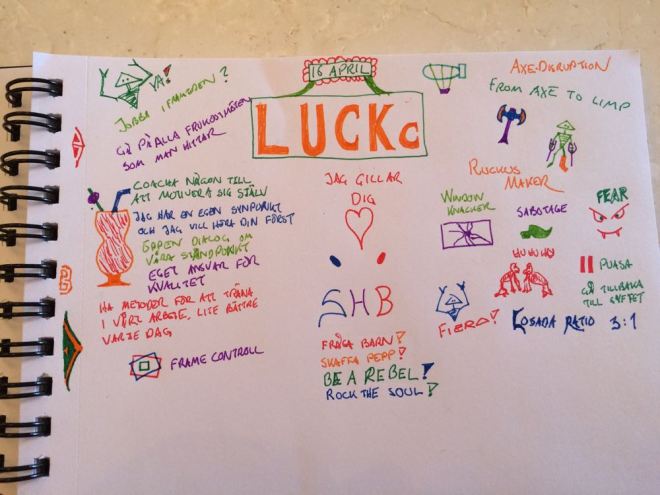 My notes from the LUCKc breakfast